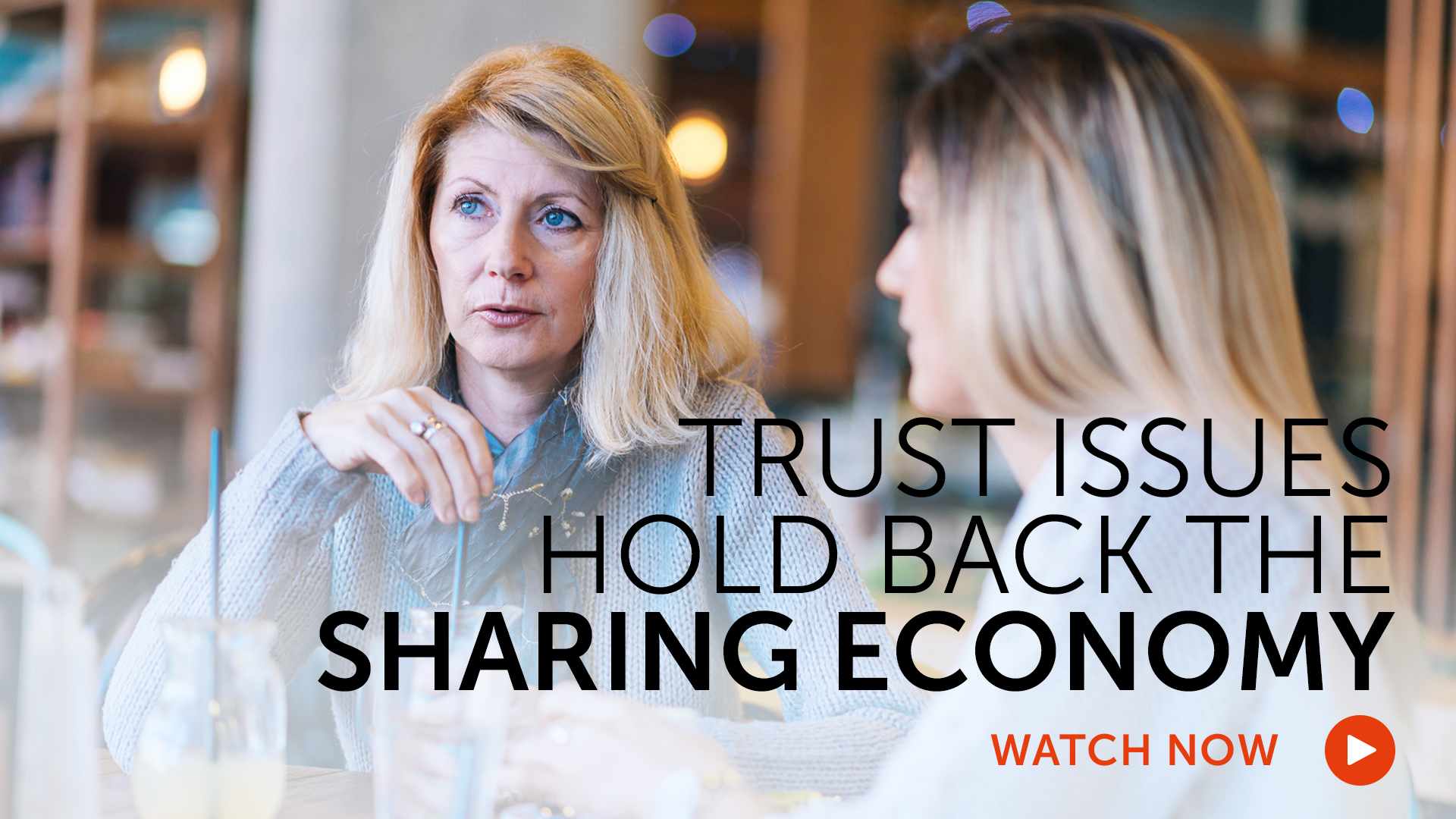 New research shows that the Sharing Economy in the UK is being held back because of a lack of trust and understanding. A survey by Trust Pilot found that 29% of people have previously avoided using a sharing economy platform because of a lack of clarity on who would hold responsibility when something goes wrong. The survey also found that 42% of people would usually wait until a friend or family member has used a sharing economy scheme before using it themselves.

In these videos our experts discuss the impact of the sharing economy in hospitality:

A separate survey by Veridu also found similar results.  The survey states that ‘A lack of understanding of the Sharing Economy in the UK is impacting growth with 41% of respondents citing this as a reason for not participating.’ Other reasons given for avoiding participation were unwillingness to share possessions with strangers (41%), concerns for personal safety (34%), and worries that possessions would be damaged (29%).

Some Sharing Economy business have grown faster than others, and Airbnb is a clear success story, although it still has hurdles to overcome. Trust Pilot’s survey found that 58% of respondents had used property rental sharing economy services (e.g. Airbnb) whereas only 28% of people has used private car loan services or car sharing schemes (e.g. Zipcar).

With word of mouth remaining such a strong driver of growth, trust is sure to keep growing over time and emerging Sharing Economy business will continue to present competition to more traditional business.